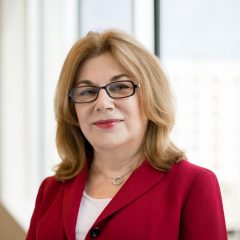 When Congress voted to restore funding for the Children’s Health Insurance Program as part of a short-term spending bill in January, they inexplicably neglected to do the same for the Community Health Center Fund.

Now, as legislators debate yet another short-term spending bill to keep the government open beyond February 8, they are once again playing political football with people’s lives.

Community health centers are a vital source of primary care, dental and mental health services for one out of every 12 Americans, many of whom live in rural and medically underserved communities. Especially in rural communities, they may be the only health care providers for miles.

However, despite bipartisan support, the $3.6 billion Community Health Center Fund, which provides 70 percent of federal grant funding for community health centers nationwide, expired on September 30, 2017. Since then, it’s been extended, but only until March 31.

If funding is not restored, centers could lose millions of dollars, be forced to close locations, reduce services and lay off workers, all of which affect their ability to provide care for patients.

Nationwide, it’s estimated that about 2,800 centers around the country would be forced to shut down without federal funding.

Locally, the Neighborhood Health Center would lose 10 percent of its $20 million budget, which would also likely lead to a 10 percent cut in workforce. The Syracuse Community Health Center could also lose millions, close three locations, reduce services and lay off 75 workers.

For both, that ultimately means they will not be able to serve as many people who need care.

Even if funding comes through, some damage has already been done. According to a survey of community health centers by George Washington University and Kaiser Family Foundation released last week, 20 percent of community health centers nationwide have already instituted a hiring freeze, and 4 percent have laid off staff. Three percent have already taken steps to close one or more sites.

We don’t really know why Congress has not extended funding for community health centers yet.

But we do know that providing routine primary, preventive and prenatal care keeps people out of the hospital and prevents costly emergency room visits. $3.6 billion dollars is money well spent.

Failing to provide funding for community health centers will tear an irreparable hole in the safety net that supports so many of us.