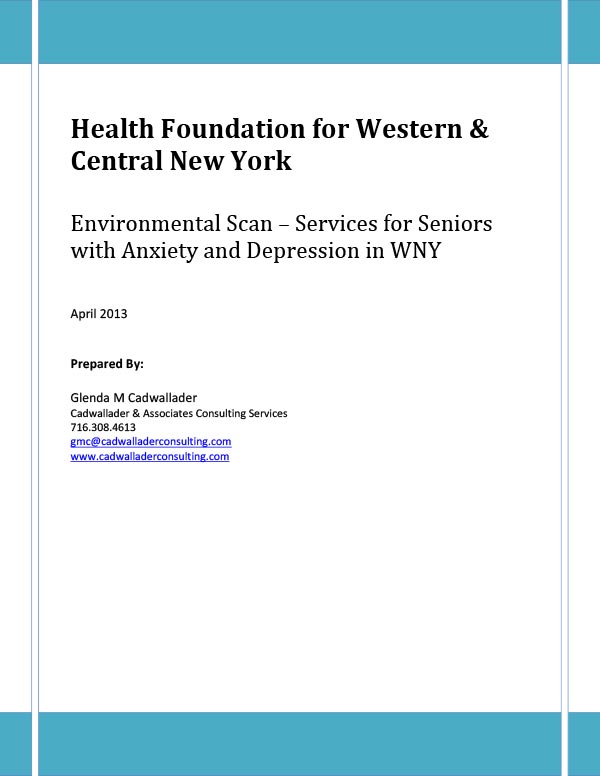 As part of our continuing efforts to educate ourselves and others about the needs of older adults in the community, we commissioned an environmental scan to identify the services available for seniors affected by depression and anxiety in the eight counties of western New York.

The target population for the scan included older adults who are able to live in the community relatively independently but who are potentially vulnerable to losing their current quality of life and independence. These are older adults that are at risk of experiencing that one episode that would trigger their decline and require them to enter institutional living or seriously curtail their current level of independence.