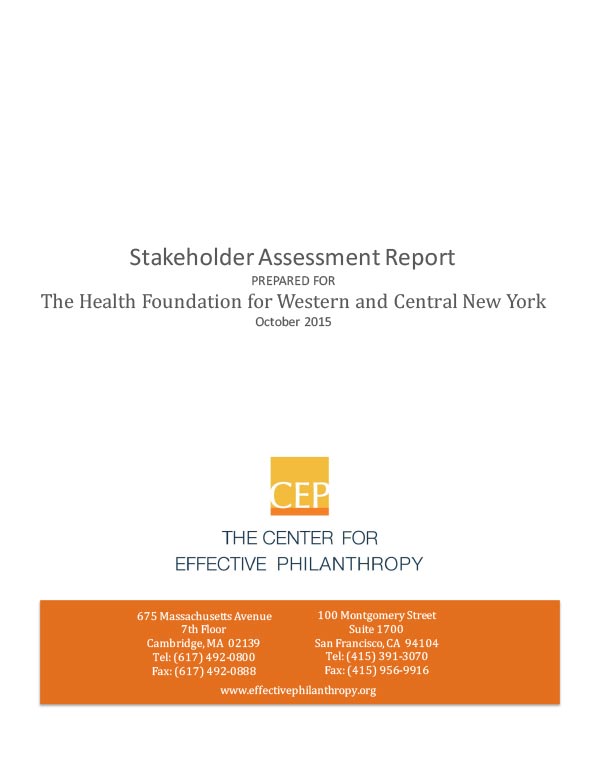 In 2015, we commissioned The Center for Effective Philanthropy to conduct an Assessment Report of our stakeholders.The STAR provides comprehensive analysis and comparative data that helps us understand how our performance in several key areas is perceived by audiences such as non-profit organizations, other funders, government officials and community leaders.

This is the second time we’ve commissioned a Stakeholder Assessment Report; the first survey was completed in 2010.

We took the results of that survey seriously and developed an action plan to address any areas where we saw that we needed to improve.

To find out what progress we made in achieving those objectives, CEP surveyed more than 1,000 stakeholders in June 2015, receiving 365 completed responses for a 34 percent response rate.

What we found was that overall, our 2015 stakeholder ratings have improved since 2010, and are now similar to, or even more positive than other similar funders’ stakeholder feedback.

When asked to describe the Foundation in one word, the most frequently used words are “innovative,” “community” and “collaborative.”